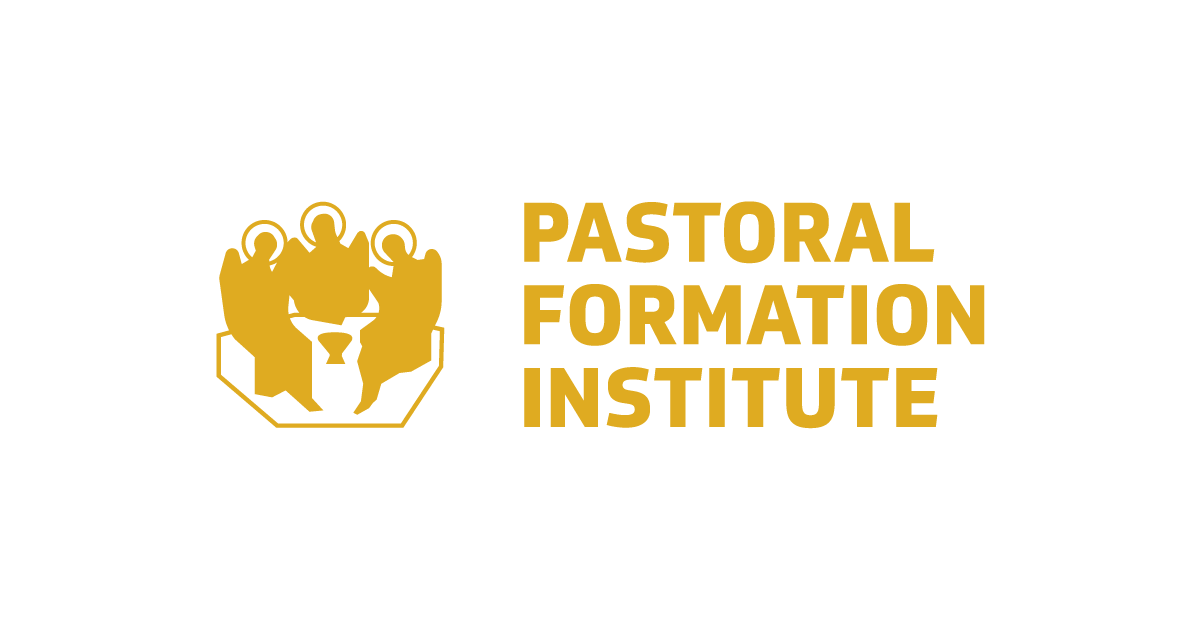 As from its foundation, the PFI board members chose the icon of the three angles of Abraham as the emblem for the Institute. This icon is represented on the official seal of the institute which authenticates the Institute’s certificates.

When Abraham saw the three Angels he prayed: “My Lord, I beg you, if I find favour in you – kindly do not pass your servant by” (Gen 18, 3). This prayer by Abraham is related to the mission of the Pastoral Formation Institute. Our dreams, our reflections and our actions are not simply generated from ourselves but are God’s gratuitous and splendid gift. While we pray, we enter dimly the conversation within Godself. The Lord God also prays to us and invites us to rest and to find nourishment in God’s shadow. We are invited to pause in our ways, rest and contemplate the goodness of God. The passage of these three persons appearing to Abraham indicates the coming of God in his life; the icon is a window onto the Triune God’s closeness to us and to the whole of humanity. The upper part of the icon is figurative; the lower part is abstract.

Indeed, God is transcendent, indefinable, ineffable, and yet God reveals Godself and enters into intimacy with the human person. 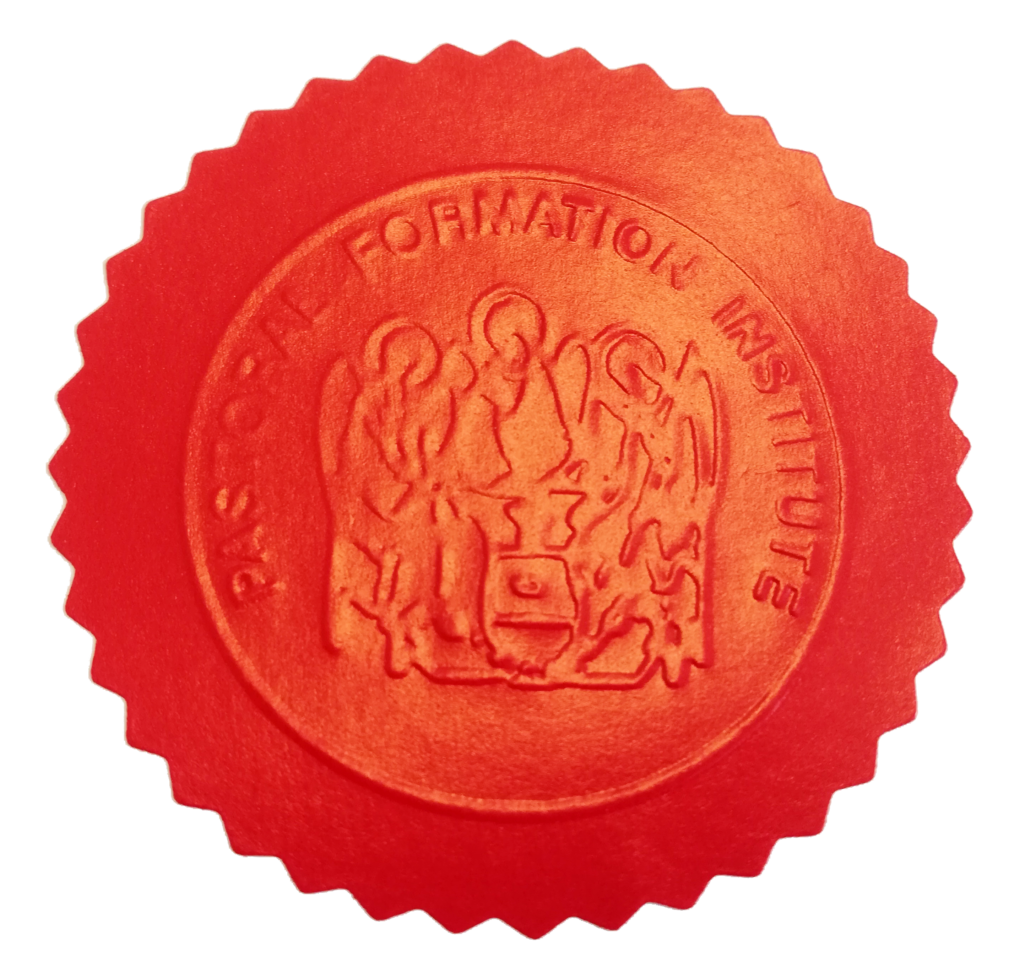 In 2010, the Institute commissioned John Martin Borg to write an icon of the Institute’s emblem. It is interesting to note how the figures are placed in this icon. The central figure is clothed in blue (the colour of humanity); the other two figures are wearing golden green (which represents hope) and golden red (which represents fire, and the splendour of God) respectively.

The artistic play with the colour gold in the bottom part of the icon is integrated in the clothing of the persons and reveals that God is infinite and perfect.

The red band also holds an important meaning: encircling the three figures, bringing them together, it reveals that one God lives in these three unique persons. The figurative part shows the central angel gazing at, approaching, and entering in conversation with, the person contemplating the icon; he is facing the contemplator and holding a staff: he is the fellow-traveller, the Incarnate Son of God. The other angels are looking across the icon and have their faces almost entirely covered. It is through Christ, in the Holy Spirit, that the Lord God touches our lives. Interestingly the colour blue also penetrates through the other colours showing that the humanity of Christ, the Incarnate Son, is one with the Father and the Spirit.